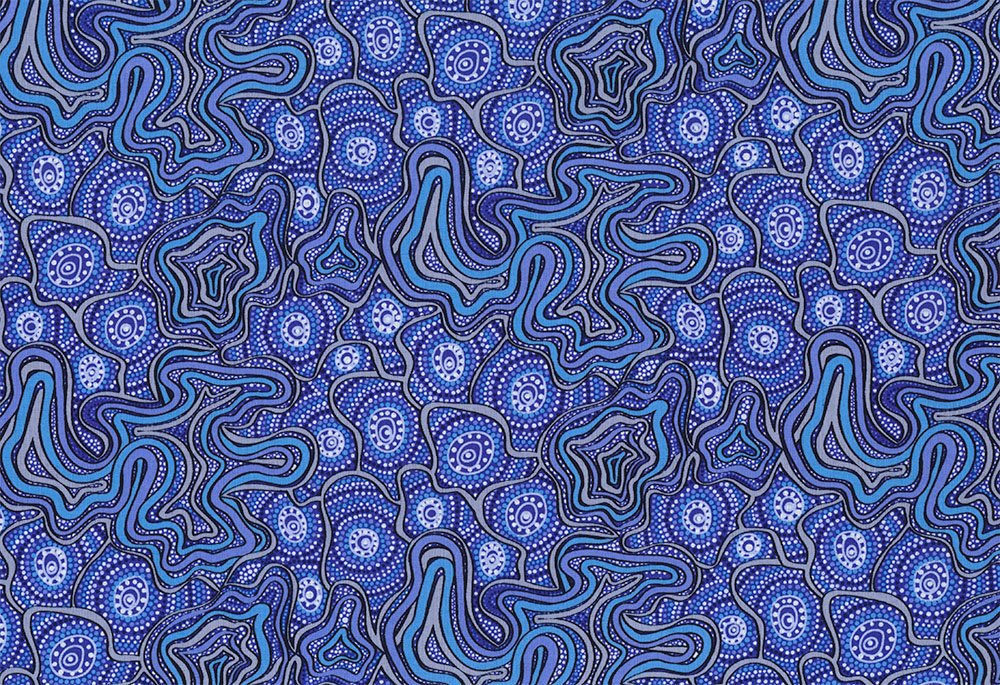 "Dreamtime:
Heather Kennedy is a skillful artist, and her works combine many different colors. In this artwork she depicts Meteors. A cheeky woman named Puggareeta tormented and fought a snake. Their wrestling heated the up ground forming the hills and mountains of the landscapes. The snake cast the woman into the sky where she is held. Spirit Mienteina Puggareeta continued to play tricks on the sky deities who occasionally grew frustrated with her antics and threw her across the sky. She is seen as a Meteor."